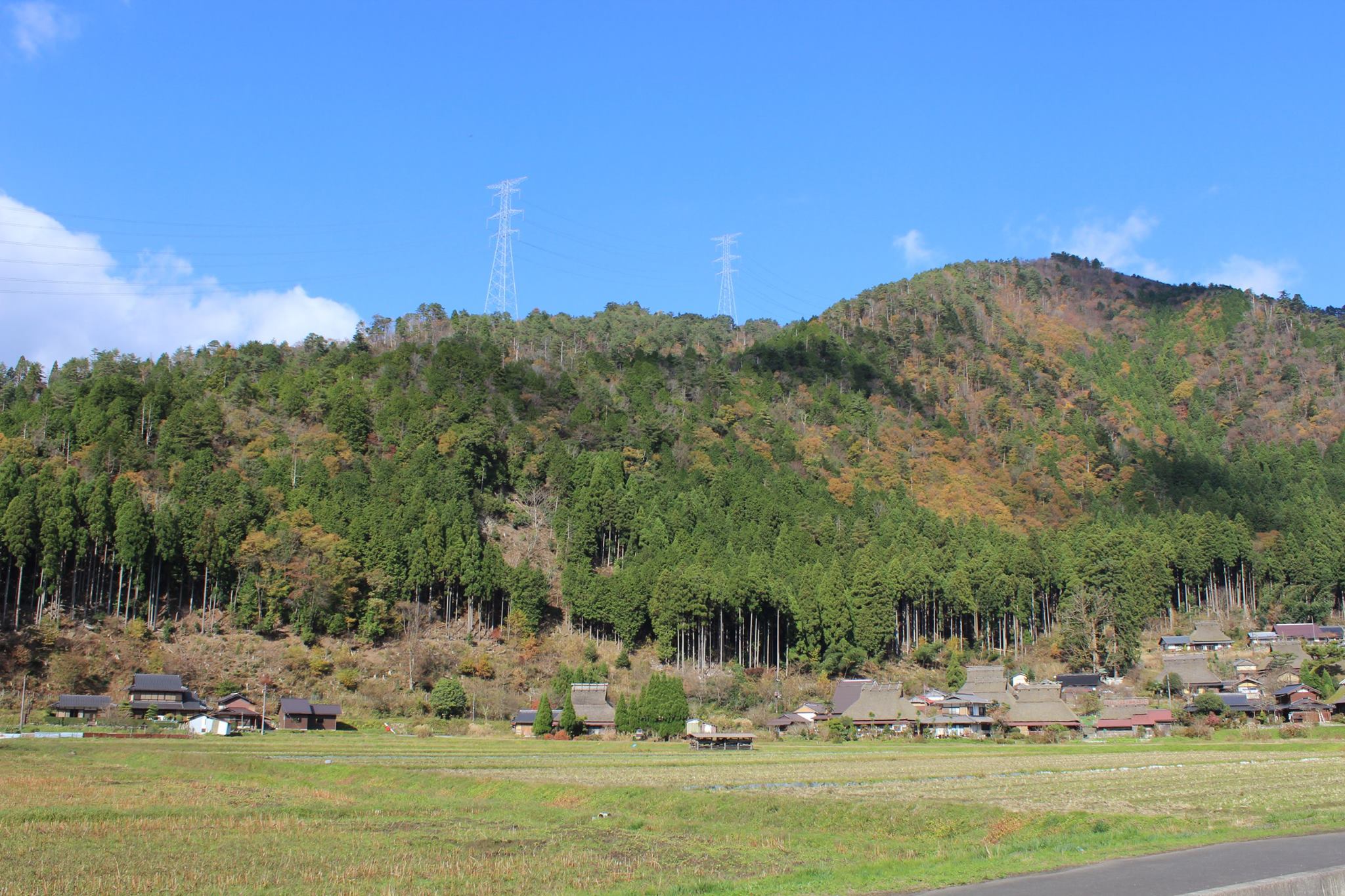 In the outer parts of Kyoto prefecture about 50 km north from Kyoto city by the mountains lies the beautiful rural area called Miyama. It is known for its traditional thatched roof (kayabuki) farmhouses which number reach up to 200 in whole and create a special scenery around the area. It is a place far from any convenience store and where the inhabitants with their vast knowledge of farming and have developed a self-subsistent way of living. As trip Tobans we wanted to together be able to experience the different side of Japan, the ancient one with deep connection to the nature and the four seasons, coexisting with the modern fast paced one in the urban areas. 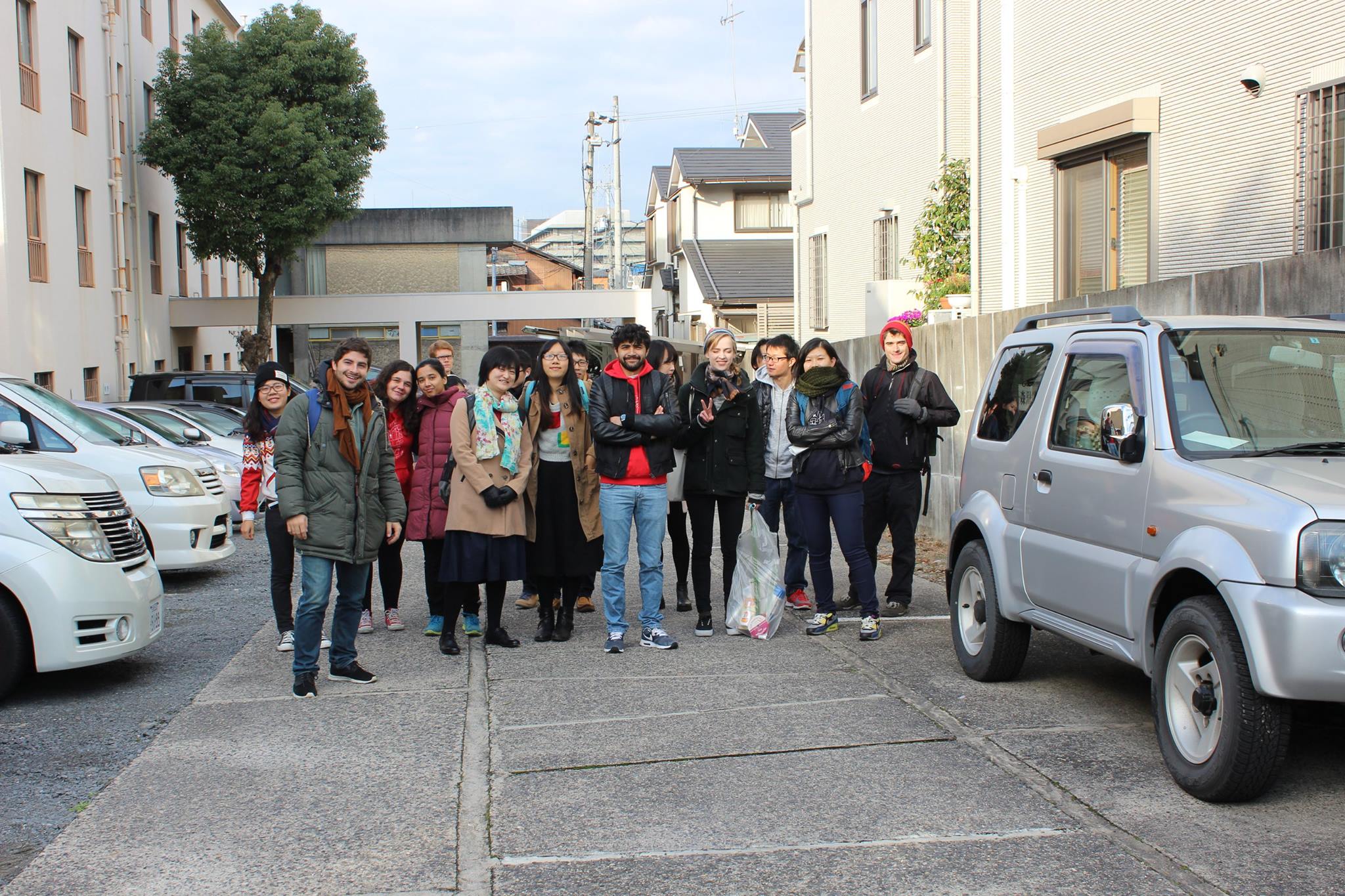 Therefore, on an especially cold weekend in November the residents Hdb left their home in Kyoto and set their foot towards the northern mountains and Miyama. The early birds got up at 8 thanks to helpful volunteers and left the house around 9 am to catch the bus to Nijo station where they would later take the train for Sonobe and the shuttle bus that would be waiting for them there.
Arriving in Miyama district they were given 3 hours to have a look around on their own and enjoy the feel of the calm beautiful cultural heritage village Kayabuki no Sato that is the main attraction of Miyama. Some people went to the local cafe or the small textile museum ”Little Indigo Musem”while others spent some time by the river or just enjoying the scenery with around 40 thatched houses from the top of the village.
Defying the cold November morning the group of 22 residents and scholars held the spirits high during the way and also turned the shuttle bus tour into a part bus. 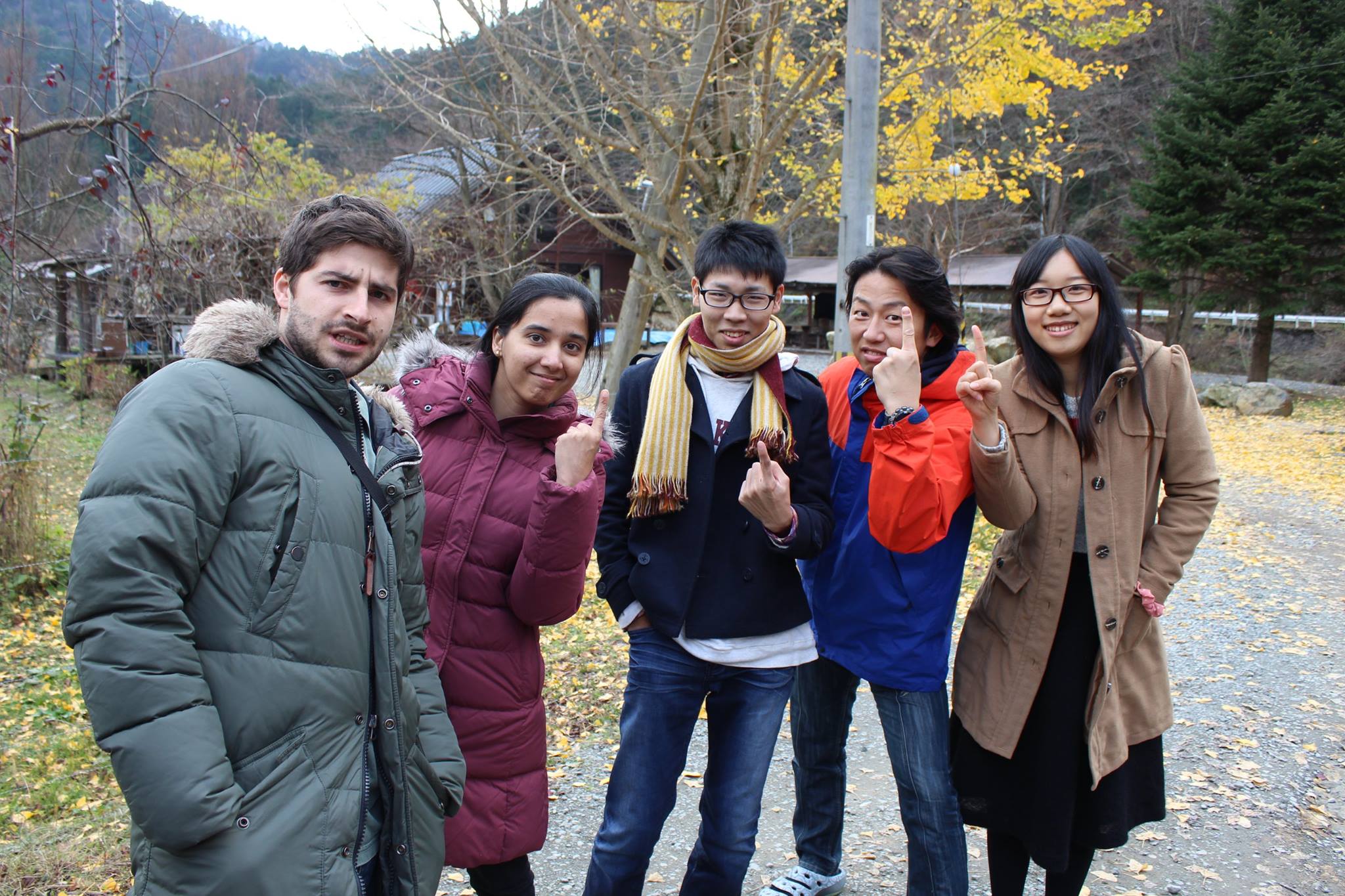 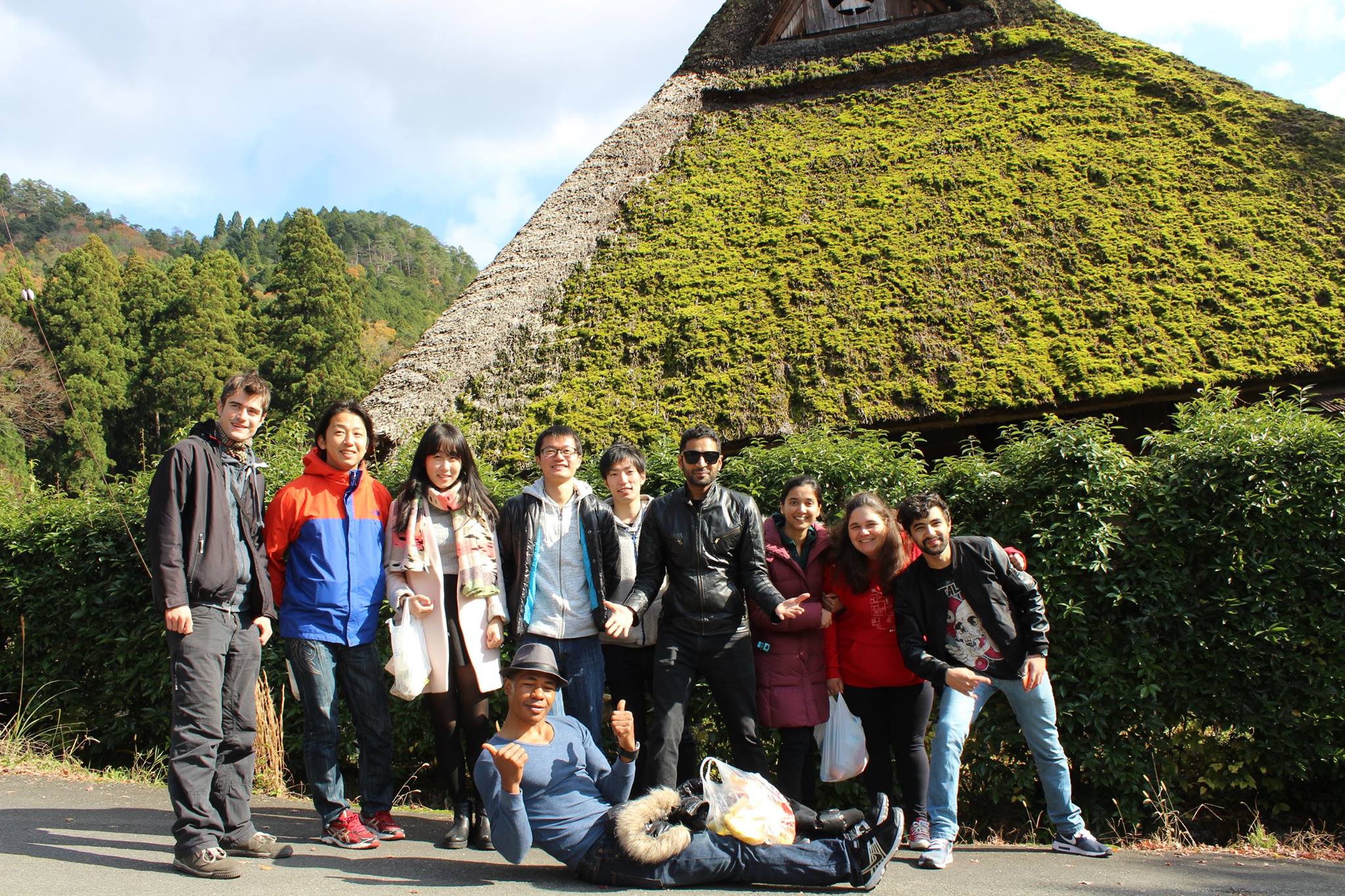 After strolling around in Miyama the residents was picked up by the bus and taken to their stay for the day at Ewa Land, a farm that offers accommodations. After making themselves comfortable in one of the three cottages the Trip tobans had planned a scavenger hunt for all the residents where they’d be divided into 3 different groups and have to solve riddles and challenges together. Even though some riddles turned to be really challenging they eventually made it to the finish. One group turned out to be a little bit faster and won the price which turned all the team members into reindeer’s.

After that the preparations for the BBQ was about to start and people meanwhile spent time playing games together.

Thanks to everyone’s cooperation we managed to make one of the i dare say best BBQ’s ever, especially the vegetarian one which, no surprises here, were the most popular one. 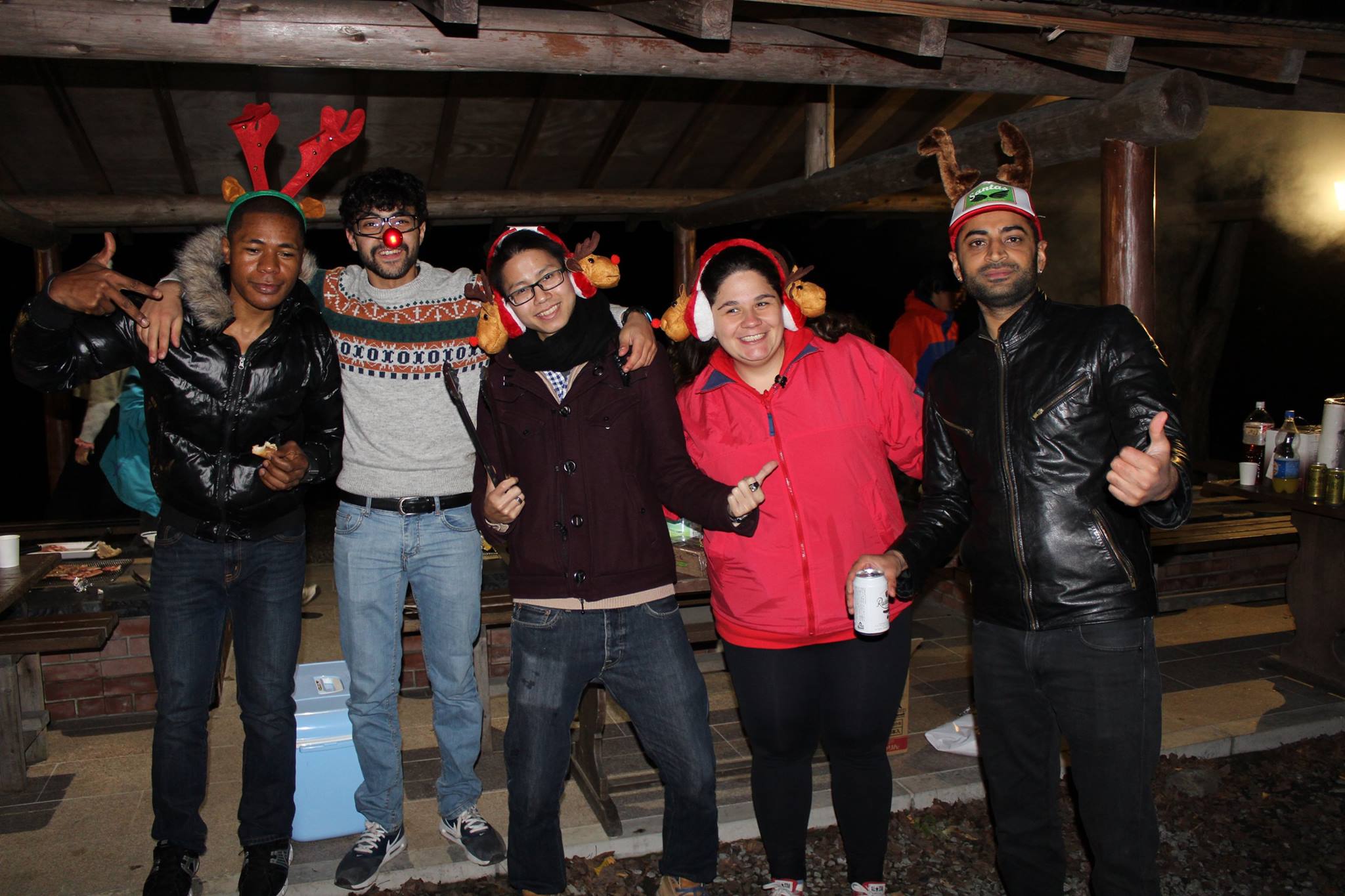 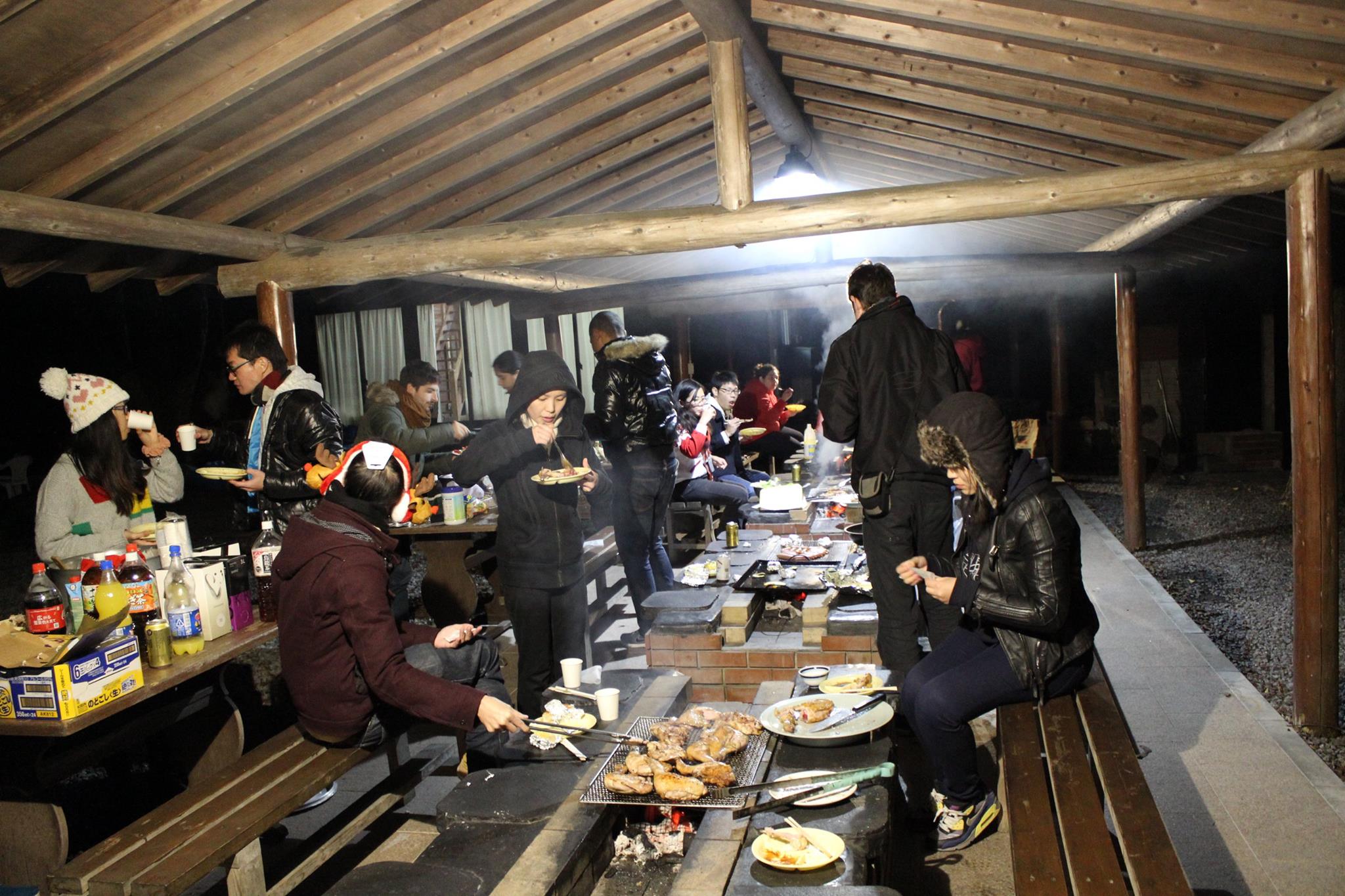 After a couple of hours while enjoying the good food and having fun together on the dance floor we cleaned up and headed indoors to spend the evening together playing games and having a good time together. Later that night it turned out to be a night of werewolf game, but that’s another story.

The next day (most) residents woke up around 8 to eat a delicious breakfast together and then clean up and prepare for check out at 11a.m. Due to the day being the first Advent there was an procession held in the main cottage for anyone to join thanks to our own one and only priest among the residents.
After 11 and after taking a group picture they went back by shuttle bus to Sonobe to take the train which would lead them back to the modern Japan and Kyoto. Bye Miyama! 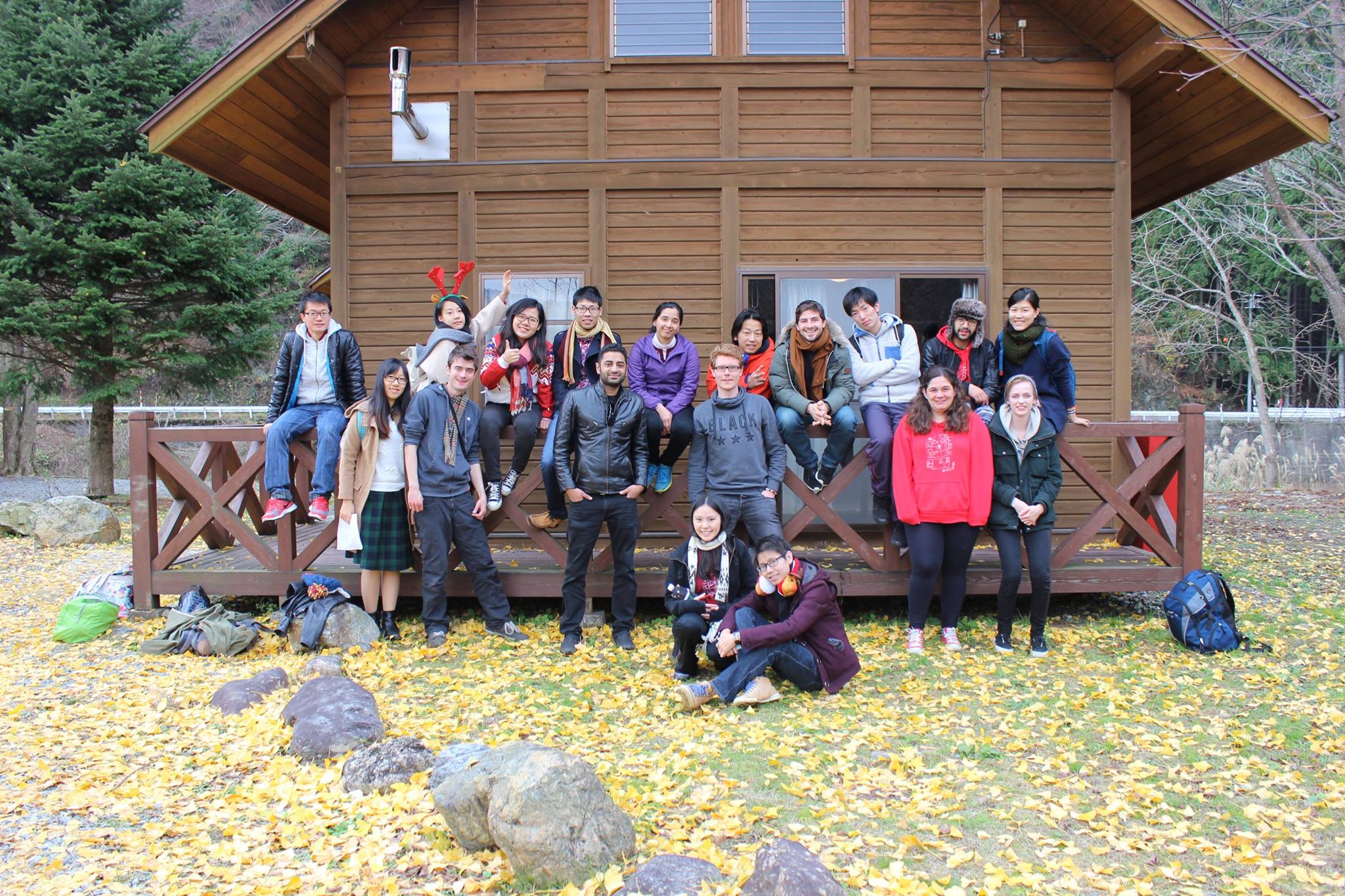